Ragnar Kjartansson’s installation Death is Elsewhere opens at the AGO on Nov. 7 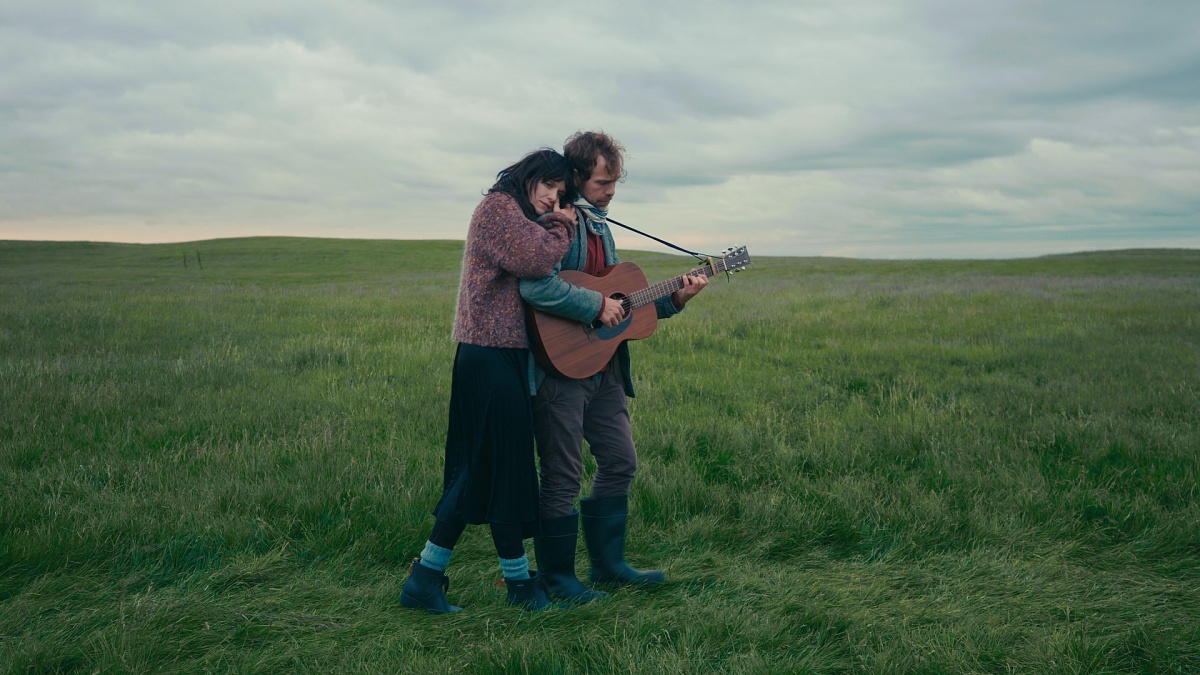 The Art Gallery of Ontario announces the Toronto premiere of Death is Elsewhere (2019), an immersive video installation by acclaimed performance and video artist Ragnar Kjartansson (Icelandic, b. 1976).  Panoramic in scope, the installation is comprised of a circle of seven screens. Filmed under the midnight sun in the shadow of the Laki volcano in South Iceland, the artwork surrounds visitors in a lush landscape of green grass and grey blue skies, punctuated at times by lava fields. Across this landscape, in opposition to each other, two couples move slowly, each comprised of one member of a set of twins. The couples encircle the viewer, singing in unison, repeatedly, a sad song of beauty and love.

Curated by Adelina Vlas, the AGO’s Associate Curator of Contemporary Art, and located in Signy Eaton Gallery South on Level 2, the installation is the latest in a series of works by Kjartansson in which a single song is performed or a phrase is uttered, without beginning or end, in a nearly continuous loop. Triggering in viewers a subtle discomfort, Kjartansson’s work combines elements of the tragic, comic and absurd, compounding their impact over time. His choice of locations, beautiful and sparse, only amplifies the emotional impact of the musical accompaniment. First shown at the Metropolitan Museum of Art in 2019, Death is Elsewhere was recently acquired by the AGO, with generous support from Shabin and Nadir Mohamed.

“An immersive meditation on the tension between nature and death—the loveliness of one amidst the omnipresence of the other—Kjartansson’s installation literally surrounds you, as though you were in a living landscape painting. The slow circular movement of the performers is amplified by their symmetry as twins, highlighting in typical Kjartansson style, the beauty and absurdity in nature,” says Vlas. “During this global health crisis, the serene unfolding of the artwork and its many associations is a powerful reminder of the beauty and fragility of life.”

The video features two sets of twins, both frequent collaborators of the artist. The performers are Kristín Anna and Gyða Valtýsdóttir, formerly of the Icelandic experimental music group múm, and Aaron and Bryce Dessner of the American band The National. All four are acclaimed composers today and frequent collaborators in Kjartansson’s work.

No stranger to Toronto, Kjartansson performed with Davíð Þór Jónsson at the AGO back in January of 2015, as part of Villa Toronto.  That performance saw Kjartansson flexing his musical muscles as he took to Walker Court for a series of melancholy songs on piano.

Opening on Saturday, Nov. 7, admission to Death is Elsewhere is free for AGO Members, AGO Annual Pass holders and visitors aged 25 and under. To maintain appropriate physical distancing, capacity for this immersive experience is limited to 10 people at a time. For more information, and to book timed-entry tickets, visit www.ago.ca.

Ragnar Kjartansson: Death is Elsewhere is organized by the Art Gallery of Ontario.

The AGO acknowledges the support of the Canada Council for the Arts.

ABOUT RAGNAR KJARTANSSON
Ragnar Kjartansson (born 1976) lives and works in Reykjavík and studied at the Iceland University of the Arts in Reykjavik and the Royal Academy in Stockholm. He has had numerous solo exhibitions at venues such as the Reykjavík Art Museum; the Barbican Centre, London; the Hirshhorn Museum and Sculpture Park, Washington D.C.; the Musée d’art contemporain de Montréal; the Palais de Tokyo, Paris; the New Museum, New York; the Migros Museum für Gegenwartskunst, Zurich; the Fondazione Sandretto Re Rebaudengo, Turin; the Frankfurter Kunstverein; and the BAWAG Contemporary, Vienna. Kjartansson participated in The Encyclopedic Palace at the Venice Biennale in 2013 and Manifesta 10 in St. Petersburg, Russia, in 2014. In 2009 he represented Iceland in the Venice Biennale. The artist is the recipient of the 2015 Artes Mundi’s Derek Williams Trust Purchase Award and Performa’s 2011 Malcolm McLaren Award.

ABOUT THE AGO
Located in Toronto, the Art Gallery of Ontario is one of the largest art museums in North America, attracting approximately one million visitors annually. The AGO Collection of more than 105,000 works of art ranges from cutting-edge contemporary art to significant works by Indigenous and Canadian artists and European masterpieces. The AGO presents wide-ranging exhibitions and programs, including solo exhibitions and acquisitions by diverse and underrepresented artists from around the world. In 2019, the AGO launched a bold new initiative designed to make the museum even more welcoming and accessible with the introduction of free admission for anyone 25 years and under and a $35 annual pass. Visit AGO.ca to learn more.

The AGO is funded in part by the Ontario Ministry of Heritage, Sport, Tourism and Culture Industries. Additional operating support is received from the City of Toronto, the Canada Council for the Arts and generous contributions from AGO Members, donors and private-sector partners.