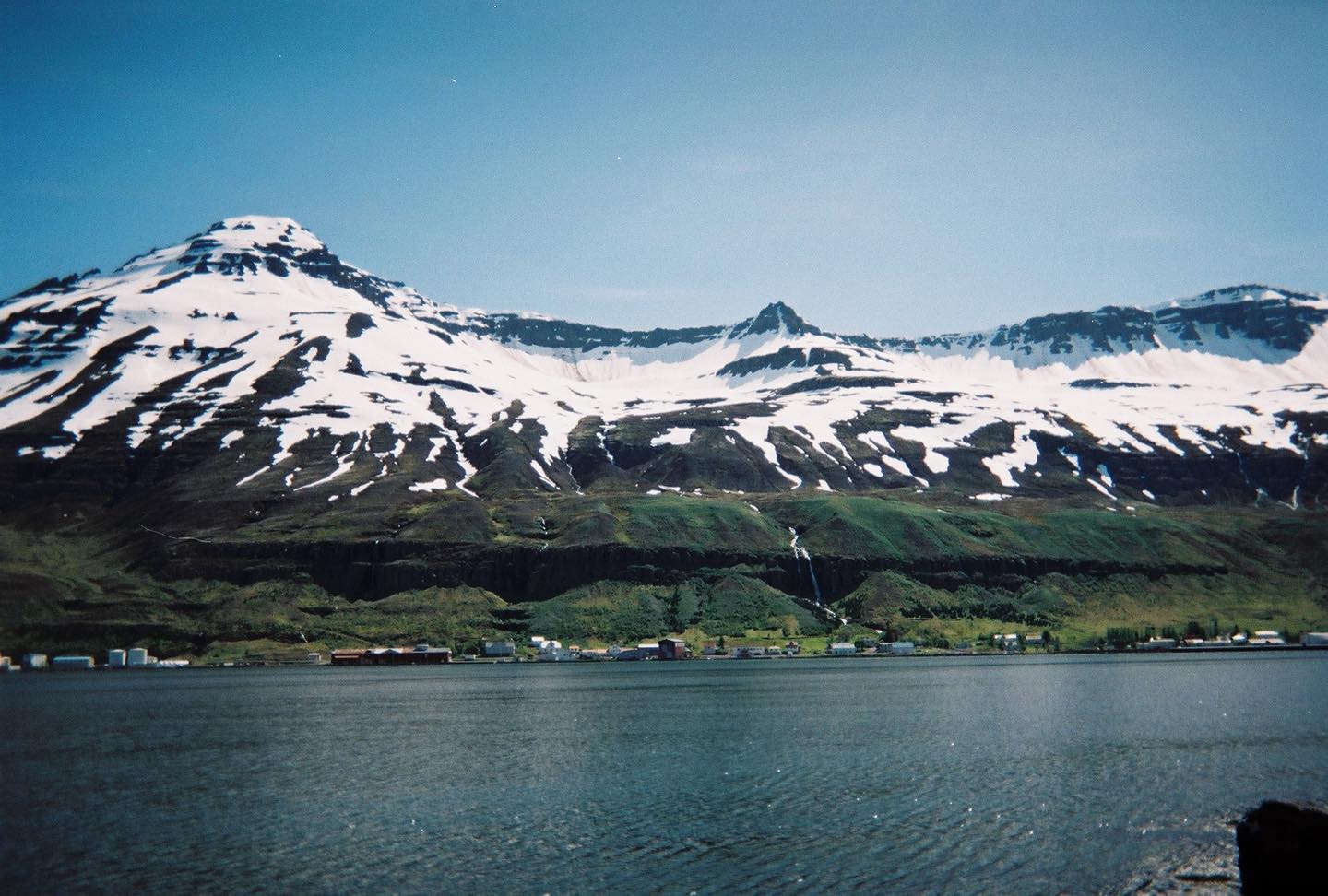 Art festivals and seasonal art venues open all around the country with the arrival of the sunshine. When traveling around Iceland this summer you’ll find plenty to see and do, whether it is visiting museums and exhibition spaces like Safnasafnið (open from May – September) and Gletta (open during summer), or art festivals like LungA (10 – 17 July) and Rolling Snowball (opens 9 July).

The summer exhibition series Umhverfing (english link) is also back for its 4th edition after a two year hiatus. This time it takes place in the Westfjords and has grown to a monumental scale. 126 artists from around the world exhibit their work at 126 locations along the entire Westfjords Way at a variety of venues in nature, villages, churches, town halls, and others.

Umhverfing is organised by non profit artist-run organisation Academy of the Senses which will publish a book about the exhibition. Find an interactive map of the artworks and artists via the QR below:

Safansafnið, The Icelandic Museum of Folk and Outsider Art, reopened their doors this May with 12 new shows, including the exhibition ‘Influencers’ with works by seven pioneer women artists. The Icelandic Folk and Outsider Art Museum was founded in 1995 by Níels Hafstein and Magnhildur Sigurðardóttir in the outskirts of Akureyri. The core collection consists today of thousands of artworks and sketches by over 300 artists, dating from the mid-19th century to the present, and focusing on artworks by artists who have hitherto been seen as outside the cultural mainstream.

Gletta, located on the third floor of Borgarfjörður Eystri’s harbour house, is currently showing the exhibition Filling the Void with works by Agata Mickiewicz and Styrmir Örn Guðmundsson, presenting an installation of oil paintings, ink drawings and wool tapestries that are made from both artist’s fascination of crystals.

From Filling the Void at Gletta.

The Factory in Hjalteyri is showing the group exhibition Jarðtengingar/Grounded Currents where, in the words of art historian and environmental writer Shauna Laurel Jones, These artists brought together in Hjalteyri invite us to witness their acts of well-meaning witnessing. Verksmiðjan á Hjalteyri is located in an old Factory building by the ocean in Hjalteyri, and won this year’s Icelandic Art Prize for Group Show of the Year for last year’s exhibition Resonance.

Zinnia Naqvi, The Translation Is Approximate, at Grounded Currents at Verksmiðjan á Hjalteyri.

Nýp Project Space in Breiðafjörður holds an annual site specific exhibition in the summer. The exhibiting artist is invited to stay at the venue the year before, to create work focusing on the surrounding nature and culture. This year’s artist is Brák Jónsdóttir, who’s installation Sé (að Nýp) contemplates the very human act of displaying objects of intrigue and beauty, referencing the history of cabinets of curiosity and their amalgamation of science and art.

Rolling Snowball is a joint project of ARS LONGA and the Chinese-European Art Center (CEAC) in Xiamen, China. They host a yearly festival in Djúpivogur showcasing works by artists of both countries. This year’s Rolling Snowball 15 opens on the 9th of July, together with the exhibition ‘Turning Point’ at the brand new ARS LONGA Museum. Find out more here.

The next day, 10th of July, LungA art festival opens in Seyðisfjörður. Join a local and international crowd to celebrate arts and culture through workshops, lectures and events throughout the week, and ending  with a final weekend of exciting exhibitions and concerts. LungA has been held yearly since its first edition in 2000, attracting an  ever-growing number of creatives to the picturesque fjord. Find this year’s program here.

From the workshop Dying Mountain, Moving Mountain with Julie Læknholm at LungA 2022.

Around the Ringroad This Summer