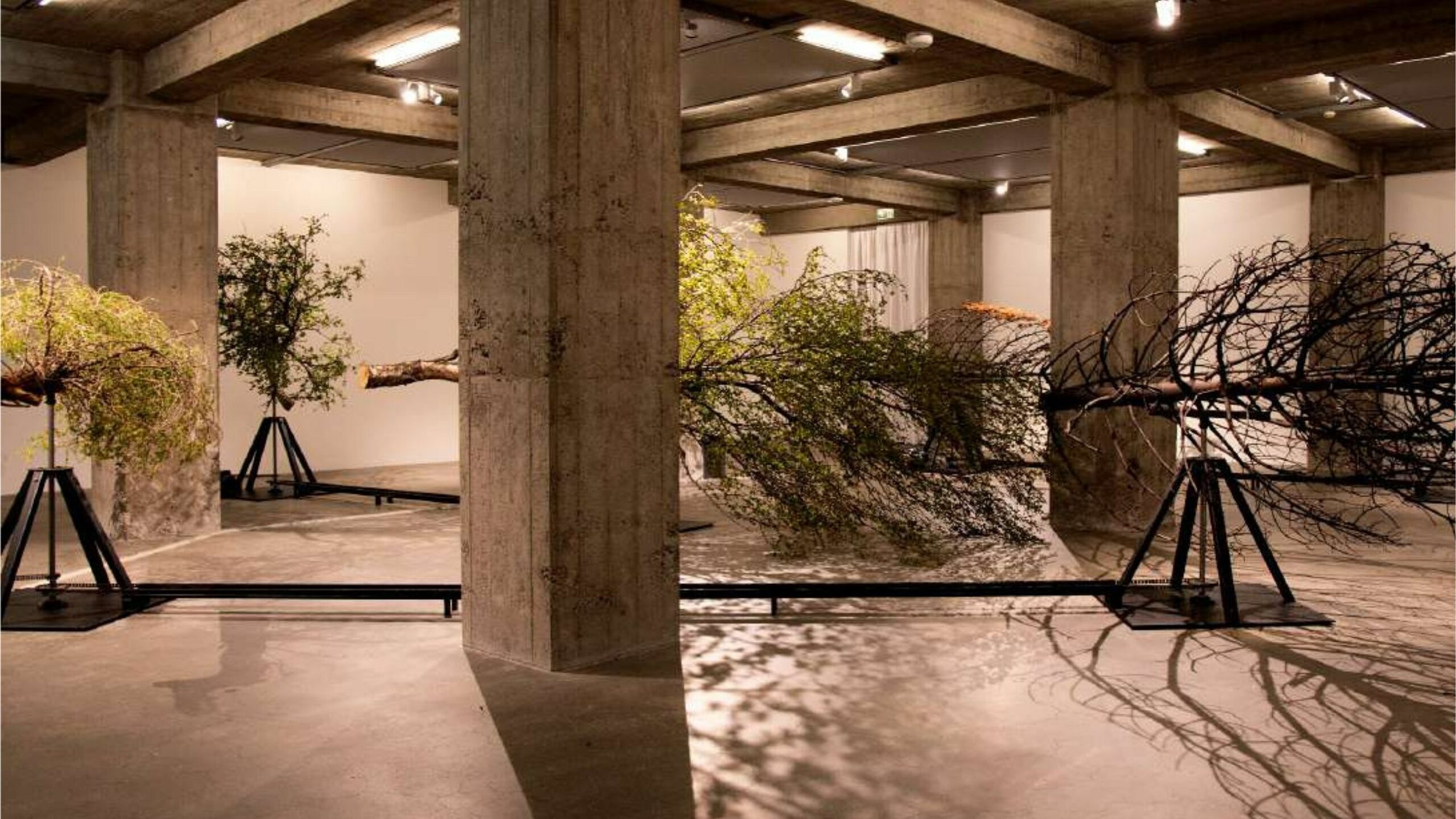 The transdisciplinary art project Temple of Alternative Histories (TAH) revisits the many entanglements between nature and culture and seeks to discuss current perceptions
of time and matter. How can mythological narratives impact nature and vice versa? By providing a fluid, exciting environment focused on generative processes,TAH facilitates contemplation of the pressing issues raised by today‘s environmental crisis. Taking narratio- nal shifts in history into account, the project as a whole attempts to readdress hierarchical boundaries between artistic and scientific disciplines. What spaces and forms of me- diation can enhance a public, artistic, and scientific debate about the current states of affairs?

TAH invites together the general public in Kassel with international professionals, vi- sual artists, performers, as well as cognitive scientists, care practitioners, and non-human subjects. The processual project unfolds between June and September 2022 at Staats- theater Kassel, coinciding with documenta 15. Consisting of three major components – an arts installation, public programme, and stage work – TAH is inspired by the origins of the theatre as a ritualistic meeting place, a structure built around an empty metaphorical space intended to stage and host meaning. All aspects aim to explore the transformative, potentially cathartic, communal possibilities for our time

The artistic directors of TAH, Thorleifur Örn Arnarsson (IS) a theatre director, and author, Anna Rún Tryggvadottir (IS) a visual artist, and Cassandra Edlefsen Lasch (US) a cura- tor, editor, and writer form a dynamic team with a clear professional vision and passion for exploring new ways for artistic expression translated via an array of mediums.

Temple of Materialised Histories is an immersive art installation of kinetic sculpture and sound art initiated by the Icelandic visual artist Anna Rún Tryggvadóttir, encompassing the theatre space around and beyond the stage.

Focused on the literal materials used to create the theatre building, it aims to create conditions for reflection on the lost interdependencies in the human relationship to elements excavated and extracted from the earth. Tryggvadóttir’s work builds on exploring material lineage and ethnography in an attempt to reconnect to those materials through visual and narrated stories. Functional spaces are opened to the public in a gesture to corporally take in vibrant matter.

Temple of Materialised Histories opens in the opera foyer on 15 June 2022 and can be visited throug- hout the entire exhibition duration.

As in times when the theatre was also the meeting place of society, this aspect of the project aims to encourage gatherings of the common spirit. Communality trumps separation in a call for inclusive spaces for reflection. In the AR work of Lundahl & Seitl, for example, immersive methods of spatial sound and bodily illusions, led by an unseen performer, trigger a process where the visitor perceives a present in negotiation between senses and reason.

In a series of events made in collaboration with the University of Kassel and Scientists for Future, interested visitors and citizens of Kassel come together with artists and scientists to create an assembly of thinkers exchanging viewpoints and modes of questioning. What impact should we as humans have on our planet? How do we learn to think and work together after decades of learned competition? How can we work together to ad- dress lingering effects of trauma? How do we pose questions to bring to the oracles of our time?

After 15 and 18 June, Temple of Emerging Histories continues with ongoing periodic programming.

Temple of Appropriated Histories is an interdisciplinary stage production written and directed by Thorleifur Örn Arnarsson dissecting cultural influences and reflecting on times of catastrophe.

Activating the Staatstheater Kassel’s collective of actors, dancers, opera singers, choirs, and orche- stra, the highly collaborative production points
to contradictions in European history. A story arc connects the beginning of the scientific revolution and the enlightenment with the industrial revolu- tion extending to the modern world. Two central works of European history are interwoven in the narration: the Poetic “Edda”, a creation and down- fall story of the world based on Norse mythology; and Richard Wagner‘s “Ring of the Nibelungen”, an opera which aimed to transcend the arts into

a sphere of the gods. The connections between these two works expose the flow of knowledge through the veins of Europe’s cultural history.

The overarching title “Temple” references Wag- ner’s wish to build a temple around his creation and then burn both the manuscripts as well as the building after its premiere. Today, cultural “temples” stand in cities across Europe and the world. Do they still function as interactive, ritua- listic social gathering places with transformative powers?

Temple of Appropriated Histories premieres on 9 July and will run through 24 July 2022.

Recording of the online event ‘Three Artists from Iceland in Conversation’

Three Artists from Iceland in Conversation