The Icelandic Art Prize was awarded for the 4th time 2021 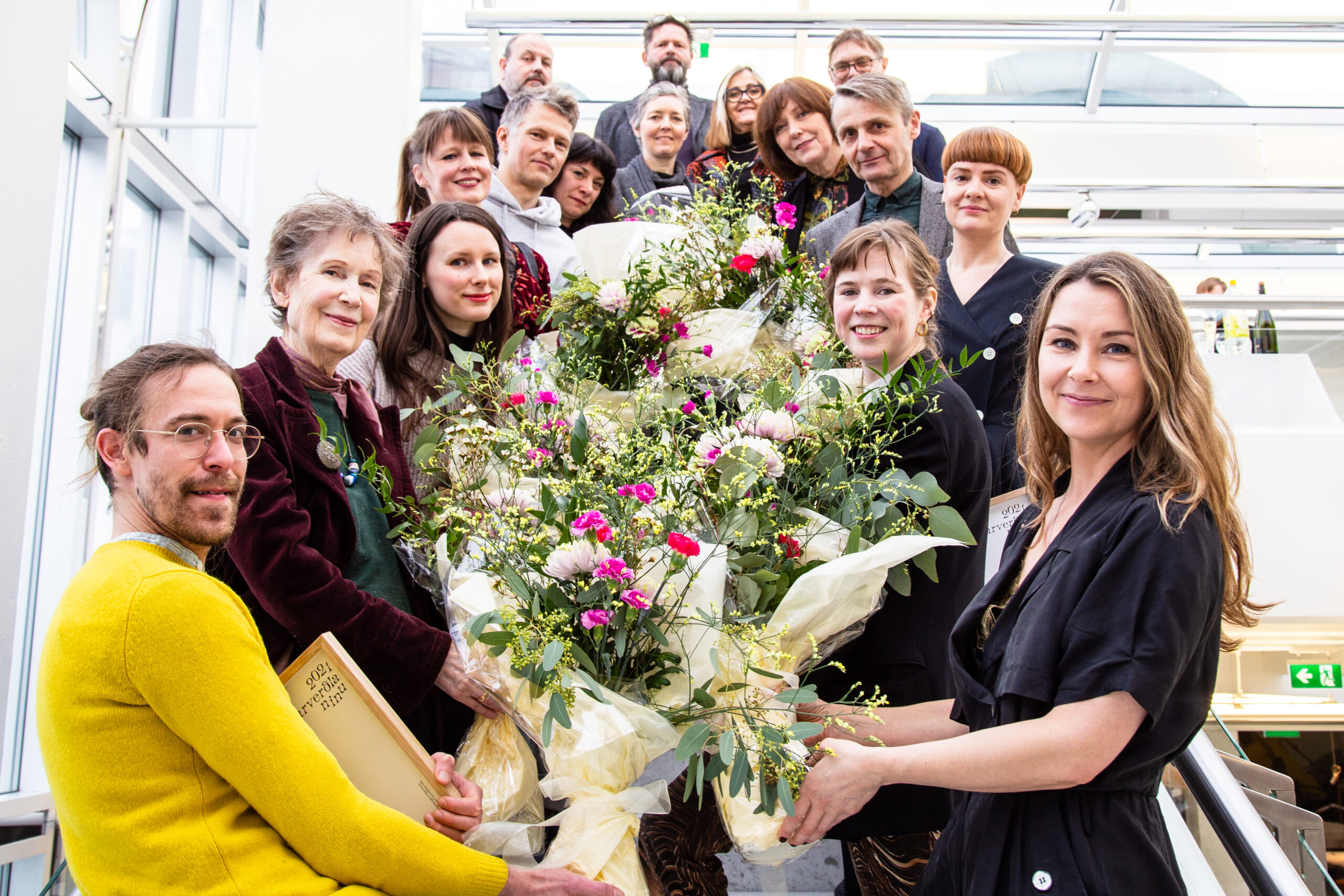 The Icelandic Visual Arts Council presents the Icelandic Art Prize 2021, providing support to outstanding visual artists as well as encouraging new artistic creation. The winner was announced on February 25 by the minister of education and culture, Lilja Alfreðsdóttir, at the National Gallery of Iceland.

The duo Libia Castro (b. 1970) & Ólafur Ólafsson (b. 1973) are the recipients of the Art Prize 2021 for their collective performance with the Magic Team In Search of Magic – A Proposal for a New Constitution for The Republic of Iceland.

This major art event took place on 3rd October 2020 at Reykjavik Art Museum, the streets of the city center, outside the Prime Minister’s office and the Parliament building on Austurvöllur Square. The work was produced with the Cycle Music and Art Festival (click for full list of participants), as part of Reykjavik Arts Festival, Worlds (2020), with curators Guðný Guðmundsdóttir and Sunna Ástþórsdóttir.

Forming a polyphonic music, art and activist performance, the project brings to life all 114 articles of Iceland’s new constitutional proposal, often referred to as the crowd-sourced constitution, written by a constitutional council in the aftermath of the 2008 financial crisis and endorsed by two-thirds of voters in a public referendum in 2012. After Libia & Ólafur joined the activists for the new constitution in 2017, the daring and carefully crafted participatory project began at a workshop in Berlin in 2018. As a living organism, it has come to illuminate the power of art, opening up a discussion on citizenship and social practices since the ’60s.

The performance began in the courtyard of the museum, in a monumental immersive environment with colourful banners featuring slogans such as, “The new constitution, thanks!,” “#Theyarewithus,” “Refugees Welcome,” and “Action now” and after 4 hours it took out to the streets. Around 150 artists participated together with activists of civil and environmental organizations, and the public, making up the elastic Magic Team. Composers and musicians from Iceland and abroad wrote and performed the musical composition spanning rap, electronic, traditional rímur singing, choir and classical contemporary music and reading.

The artists are investigating communities up against the decline of the local in a global post-Fordist system, the historical and present conditions of nations in crisis, and the impact of this context on our daily lives and the natural environment. In the process, they search for a communal experience that evades the failures of democracy and the division of countries along unequal lines.

Libia and Ólafur have collaborated since 1997 and their work has been exhibited internationally at Manifesta 7, TENT Rotterdam, 54th Venice Biennial and Kunst-Werke, Berlin. They work in Reykjavik, Berlin, Rotterdam and Málaga in Spain, and their exhibition Magic Meeting featuring a film of the performance will open at Hafnarborg in Iceland on March 20, 2021.

The recipient of the Motivational Award 2021 is Una Björg Magnúsdóttir (b. 1990) for her exhibition Vanishing Crowd, at Reykjavik Art Museum, Hafnarhus.

The title of the exhibition is borrowed from the illusionist David Copperfield, who made people disappear without a trace on a stage in Las Vegas. Una Björg incorporates different objects and compositions in her works, which are often mobile or emit sounds. In installations, sculptural stage design is paired with hyper-familiar, quotidian images such as a coffee pot or the glide of a pen. Vanishing Crowd positions these elements between absence and presence, creating a theatrical experience that evokes a sense of wonder and an uncanny tapestry of implicit references.

For the first time, the Honorary Award 2021 is given to an artist whose long and successful career has made a significant mark on the history of Icelandic art. The recipient of the 2021 award is Kristín Jónsdóttir frá Munkaþverá (b. 1933).

In a contemplative body of work spanning decades, the artist has inspired us to reflect on ethical issues that have dominated our past and present, and shifted our gaze to consider time and transience, Iceland’s delicate natural environment and expressive national language. Moreover, Kristin has brought a culturally important resource, wool, into the field of contemporary art and demonstrated what treasures can be unearthed in working with the material.

An additional award for a Publication on Contemporary Art 2021 is presented to Reykjavik Art Museum for their publication series accompanying Kjarvalsstaðir’s retrospective exhibition, which has made an important contribution to the promotion and study of Icelandic visual art.