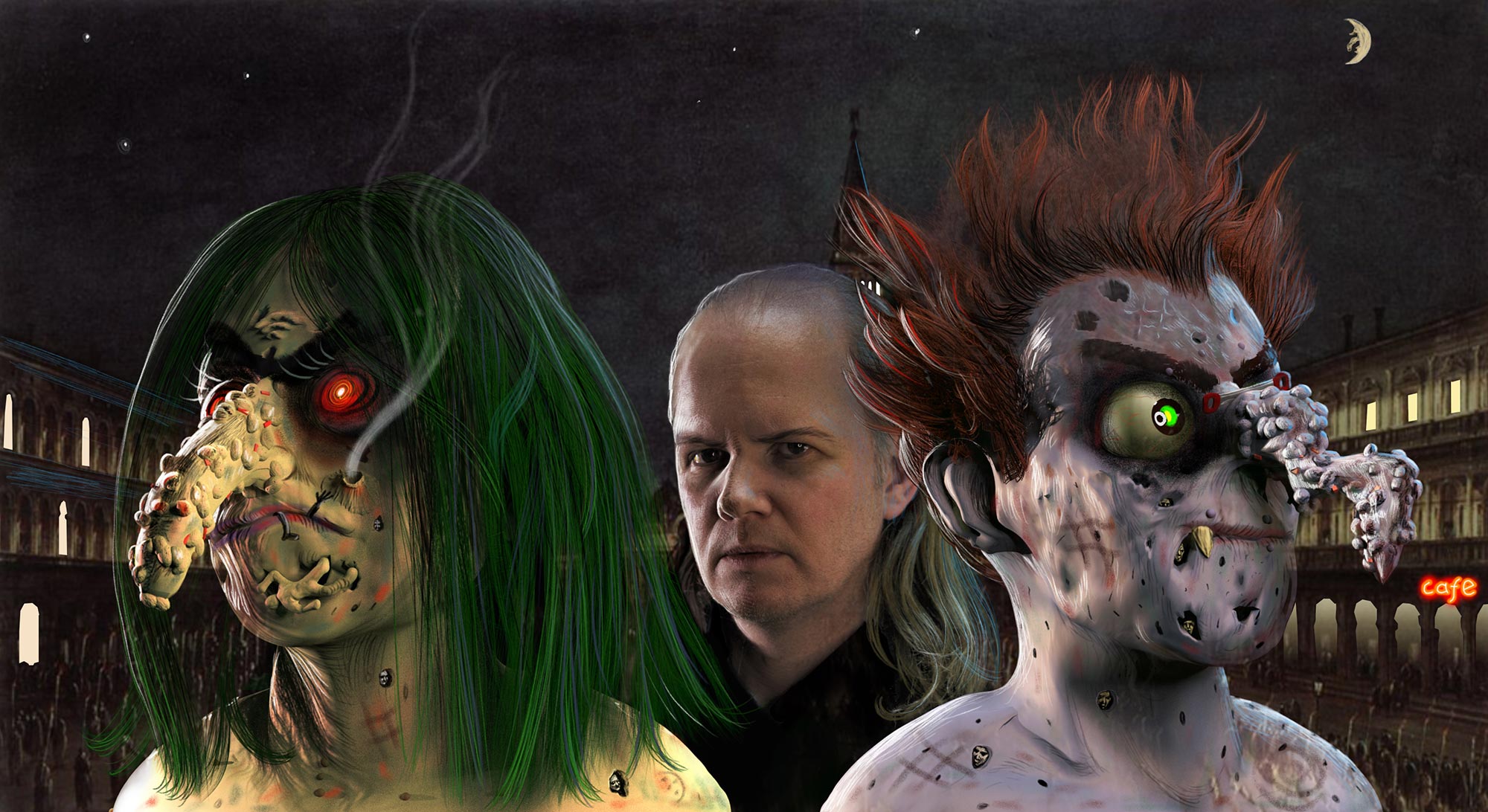 Pavilion of Iceland at Biennale Arte 2017. Out of Controll by Egill Sæbjörnsson.

Sæbjörnsson represented Iceland at the Venice Biennale in 2017 with Ūgh and Bõögâr. Ūgh and Bõögâr activities at the Venice Biennial included a massive social media campaign of which no one can know whether it was about something real or if it was plain nonsense. Does the perfume that was sold on the net even exist? What do we really know about the world offered to us by the media, and social media? How many of us have met Putin? are Icelandic trolls. They are 36 meters tall and love to eat people, hide behind buildings and – being shapeshifters – transform themselves into new things. They are ferocious beings, but is that all there is to them? Or do they have a hidden, softer side? Meeting Egill Sæbjörnsson some years ago, Ūgh and Bõögâr started to notice that humans know things trolls don’t know. It made them curious and they started to learn from him, developing a passion for art and travelling. Ūgh and Bõögâr are forces, entities, phenomenons of nature. Nobody knows where they come from, how old they are or how they entered Sæbjörnsson’s life. Now they have entered yours, since you have read about them.

Egill Sæbjörnsson is based between Berlin and Reykjavik. At the forefront of experimentation, he combines music, sculpture, video projection and animations, as well as his own performance – whether as a mime artist, speaker, actor, musician, or singer – to create fictional spatial narratives. Theatrical, poetic and playful, ordinary dormant objects come alive in Sæbjörnsson’s works – be they plastic buckets, a wall, rough stones or handbags – drawing the viewer into a wondrous world where the real and the imagined collide.

Sæbjörnsson works and performances have been shown at The Hamburger Bahnhof – Museum for Contemporary Art in Berlin, Frankfurter Kunstverein, Kölnischer Kunstverein, The Baryshnikov Art Center in New York, Oi Futuro in Rio de Janeiro, PS1 MoMA, Kiasma in Helsinki and Museum of Contemporary Art Australia in Sydney. Gallery shows include i8 Gallery Reykjavik, Hopstreet Gallery Brussels, Isabella Bortolozzi Gallery Berlin and Johann König Gallery Berlin. Sæbjörnsson was nominated for the Carnegie Art Awards in 2010 and his works can be found in several private collections and museums. Recent public works include Steinkugel, a permanent public art work for the Robert Koch Institute; and Berlin and Cascade, an extended light installation for the Kunstmuseum Ahlen. In 2011 he collaborated with Marcia Moraes and Robert Wilson on a remake of Wilson’s Einstein on the Beach. Sæbjörnsson has also published three books in conjunction with his work and released five albums.

Stefanie Böttcher (b. 1978) is an art historian and curator. Since 2015, she has been the director of Kunsthalle Mainz, where she curated On the Shoulders of Giants and Detail is all, as well as a solo exhibition with Lebanese artist Rabih Mroué. She worked as artistic director of the Künstlerhaus from 2007 until 2013, where she gave young international artists such as Lara Almarcegui, Ahmet Öğüt, Pilvi Takala and Kateřina Šedá their first solo shows in Germany. In addition, she has organised extensive survey exhibitions of works by more seasoned practitioners such as Tim Etchells and Robert Kinmont. In 2013, the Goethe-Institut awarded her a curatorial research stipend for Serbia, and the same year she curated the group exhibitions 7 Ways to Overcome the Closed Circuit and 8 Ways to Overcome Space and Time, in collaboration with the Museum of Contemporary Art Belgrade (MoCAB). Böttcher has also published broadly on individual artists and art as a site for utopia.